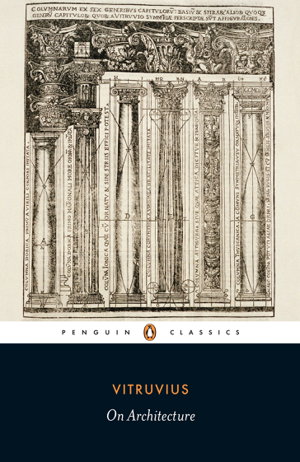 On Architecture by Vitruvius

The writings of the architect and engineer Vitruvius (c. 90-c. 20 BC) provide a fascinating picture of how the Romans planned and built their great structures and cities.

In De architectura (c.40 BC), Vitruvius discusses in ten encyclopedic chapters aspects of Roman architecture, engineering and city planning. Vitruvius also included a section on human proportions. Because it is the only antique treatise on architecture to have survived, De architectura has been an invaluable source of information for scholars. The rediscovery of Vitruvius during the Renaissance greatly fuelled the revival of classicism during that and subsequent periods. Numerous architectural treatises were based in part or inspired by Vitruvius, beginning with Leon Battista Alberti's De re aedificatoria (1485).