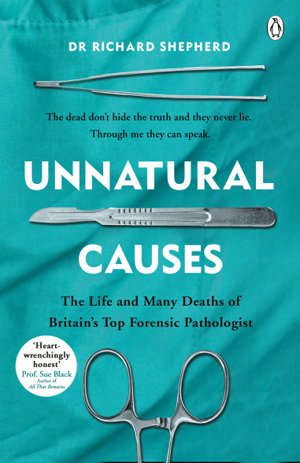 'The dead do not hide the truth and they never lie. Through me the dead can speak . . .'

Dr Richard Shepherd is the UK's foremost forensic pathologist, his job to understand the deaths which may have no natural cause. From crime scene to courtroom, his findings are crucial to the pursuit of justice. His work has seen killers put behind bars, exonerated the innocent, and turned open-and-shut cases on their heads.

Shepherd's obsession with revealing the secrets of the dead is personal. At medical school, while performing his first autopsy, he held the heart of the patient in his hand and thought of his late mother, taken too early by heart disease.

He became driven by the challenge of finding the truth, of seeing justice, and by compassion- sometimes for the dead, but always for those they have left behind.