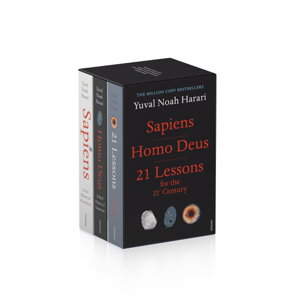 21 LESSONS FOR THE 21ST CENTURY

These books are must haves for anyone interested in the history of humanity and the lessons we can learn from the past as we prepare for our future.

These books have sold over 30 million copies in 60 languages worldwide and they continue to take the world by storm.

Yuval Noah Harari, bestselling historian and philosopher, is considered one of the world's most influential thinkers and pubic intellectuals. He has a PhD from the University of Oxford and now lectures at the department of history, the Hebrew University of Jerusalem.