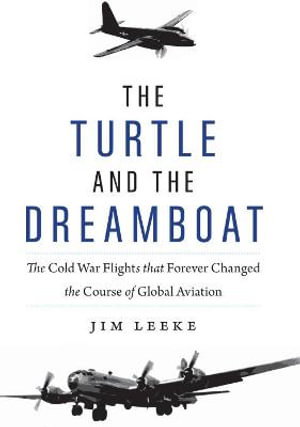 Army and U.S. Navy less than fourteen months after World War II. The flights were risky and unprecedented. Each service intended to demonstrate its offensive capabilities during the new nuclear age, a time when America was realigning its military structure and preparing to create a new armed service - the United States Air Force. The first week of October 1946 saw the conclusion of both record-breaking, nonstop flights by the military fliers. The first aircraft, a two-engine U.S. Navy P2V Neptune patrol plane nicknamed the Truculent Turtle, flew more than eleven thousand miles from Perth, Western Australia, to Columbus, Ohio. The Turtle carried four war-honed pilots and a young kangaroo as a passenger. The second plane, a four-engine U.S. Army B-29 Superfortress bomber dubbed the Pacusan Dreamboat, flew nearly ten thousand miles from Honolulu to Cairo via the Arctic. Although presented as a friendly rivalry, the two flights were anything but collegial. These military missions were meant to capture public opinion and establish aviation leadership within the coming Department of Defense. Both audacious flights above oceans, deserts, mountains, and icecaps helped to shape the future of worldwide commercial aviation, greatly reducing the length and costs of international routes. Jim Leeke provides an account of the remarkable and record-breaking flights that forever changed aviation.