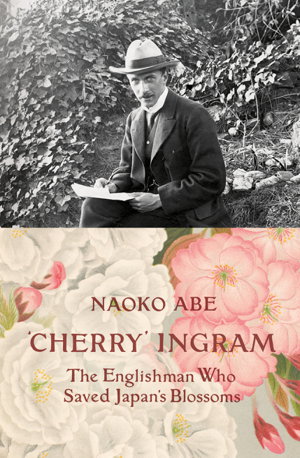 No extra details available for this item.

Bill is the Buyer for Boffins, so blame him when you don’t find the book you want. He reads widely, particularly non-fiction, and reviews books monthly on Wednesdays with Gareth Parker on radio station 6PR.

When we think of Japan, we think of cherry blossoms, or Sakura, as a national symbol. From the mid nineteenth century through to the 1930s in Japan, cherry trees were planted en masse to celebrate state occasions, and a certain cherry cultivar, Somei-yoshino cherries, was always used.The diverse old varieties were pushed out, some becoming extinct. Because of the efforts of an Englishman, Collingwood Ingram, numerous varieties of cherry were preserved. “Cherry” Ingram travelled to Japan in the early part of the twentieth century and became aware of what was happening to the traditional cultivars. He worked tirelessly to preserve them, working with people in Japan and also in England. He certainly earned his nickname. This award winning biography, told by a Japanese journalist, has now been translated into English in a delightful hardcover edition, with beautiful botanical drawings and photographs, including of Cherry’ Ingram’s pre-war trips to Japan.