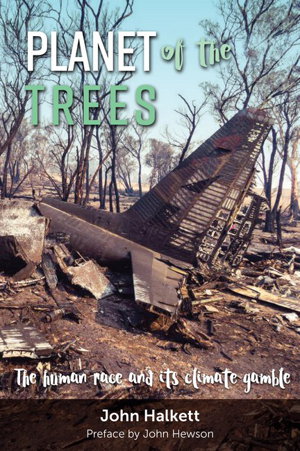 Planet of the Trees by John Halkett

Alarmists and deniers rarely go head to head in the climate change debate. They preach instead to sympathetic audiences whose minds are made up. This book, however, is designed to address open-minded readers and explain in lay terms how greenhouse gases are overwhelming the Earth's ancient balance.

It points out severe consequences for the human species, even if politically palatable targets are met. It emphasises the role of trees, past, present and future, and asks how and whether Homo sapiens will cope as our habitat is gradually smothered in carbon. Each aspect of the interwoven issues is simply explained in its own chapter, amidst an overall treatment which makes the true position crystal clear.