Events In Conversation with Holden Sheppard on 'Invisible Boys'

$5 redeemable against a book purchase on the night (includes light refreshments).

Boffins Books is delighted to host Holden Sheppard in conversation with Bill Liddelow to celebrate the release of his new book 'Invisible Boys'.

The event includes an in conversation talk, meet the author, book signing and some light refreshments.

Can't make it?  We'll happily arrange to have a copy of 'Invisible Boys' signed for you.  Simply contact us by phone, email, online or visit us in-store and we'll take care of the rest.

On the surface, nerd Zeke, punk Charlie and footy wannabe Hammer look like they have nothing in common.  But scratch that surface and you'd find three boys in the throes of coming to terms with their homosexuality in a town where it is invisible.  Invisible Boys is a raw, confronting YA novel that explores the complexities and trauma of rural gay identity with painful honesty, devastating consequences and, ultimately hope.

Holden Sheppard is a YA author originally from Geraldton.  After graduating from ECU's writing program, Holden won the prestigious ArtStart grant from the Australian Council for the Arts in 2015.  Invisible Boys won the 2017 Ray Koppe Residency Award, resulting in a writing residency at Varuna, the Writers' House, in early 2018 and was also Highly Commended in the ASA Emerging Writers' Mentorship Prize 2018.  His short fiction and journalism has been pubished in indigo, Page Seventeen, Huffington Post, ABC, DNA Magazine and Faster Louder.  His novella Poster Boys was selected for The Novella Project VI and was published in Griffith Review 62: All Being Equal. 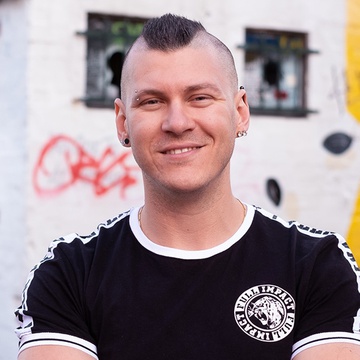