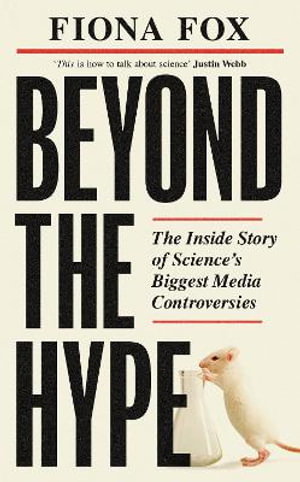 What happens when science hits the headlines - for all the wrong reasons?

Do you remember the 'Climategate' email leak? Or the 'Frankenscience'-style headlines about the perils of GM foods? What about the time the government sacked its own science advisor for challenging drug laws?

The truth behind the attention-grabbing headlines was complex, nuanced - sometimes even mundane. Yet that's not how it was reported or remembered. We rely on the media to help us make sense of complicated scientific developments that could transform our world. Yet all too often, science coverage in the British press has been less fact than fiction. And equally scientists have too often either avoided engaging with the press or have been actively prevented from doing so. The result? Media hype, political spin, and misinformation from those with vested interests.

In Beyond the Hype, Fiona Fox - founding director of the Science Media Centre, set up by scientists to encourage openness and accuracy in science communication - takes us behind the scenes of some of the most contentious stories in science over the past two decades. From animal research and genetically modified foods to hybrid embryos and climate change, she reveals the highs and lows of each controversy and shows us how transparency can radically transform the way science is reported, and what a difference that makes to public understanding.