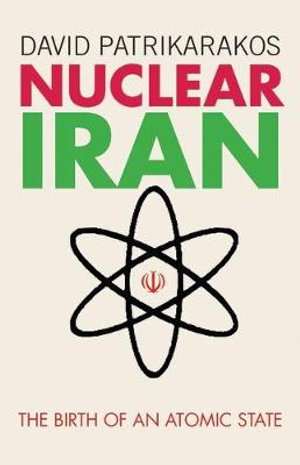 Nuclear Iran: The Birth of an Atomic State by David Patrikarakos

The Iranian nuclear crisis has dominated current affairs and geopolitics for over a decade. Yet there is little real understanding of Iran's nuclear programme, in particular its history, which is now over fifty years old. This ground-breaking book argues that the history of Iran's nuclear programme and the modern history of the country itself are irrevocably linked, and only by understanding one can we understand the other.

From the programme's beginnings under the Shah of Iran, the book details the central role of the US in the birth of nuclear Iran, and the role that nuclear weapons have played in the programme since the beginning.

The author's unique access to 'the father' of Iran's nuclear programme, as well as to key scientific personnel under the early Islamic Republic and to senior Iranian and Western officials at the centre of today's negotiations, sheds new light on the uranium enrichment programme that lies at the heart of global concerns. What emerges is a programme that has, for a variety of reasons, a deep resonance to Iran. This is why it has persisted with it for over half a century in the face of such widespread opposition. Drawing on years of research across the world, David Patrikarakos has produced the most comprehensive examination of Iran's nuclear programme - in all its forms to date. This new edition features interviews with the main actors who saw through President Obama's Iran nuclear deal, and give the inside story in how progress stalled under the Trump administration.