Events SOLD OUT - A. C. Grayling on The Age of Genius

The City of Perth Library and Boffins Books are proud to present renowned philosopher A. C. Grayling as he speaks about his latest book The Age of Genius: The Seventeenth Century and the Birth of the Modern Mind.

This is a great opportunity to hear the New York Times bestselling author speak about the true tale of how unorthodox thinking, war and technological invention transformed the Seventeenth Century into the crucible of modernity.

Can't make it? We'll happily have a copy of A. C. Grayling's The Age of Genius: The Seventeenth Century and the Birth of the Modern Mind signed for you. Simply contact us via phone, email, online or visit us in-store, and we'll take care of the rest.

What happened to the European mindset between 1605 - when an audience watching Macbeth at The Globe might believe that regicide was such an aberration of the natural order that ghosts could burst from the ground – and 1649 – when a large crowd, perhaps including some who had seen Macbeth forty-four years earlier, could stand and watch the execution of a king?

In this turbulent period, science moved from the alchemy and astrology of John Dee to the painstaking observation and astronomy of Galileo; from the classicism of Aristotle to the evidence-based, collegiate investigation of Francis Bacon. And if the old ways still lingered and affected the new mind set by the end of that tumultuous century, ‘the greatest ever change in the mental outlook of humanity’ had irrevocably taken place.

A. C. Grayling is a Professor of Philosophy and Master of the New College of the Humanities in London. He believes that philosophy should take an active, useful role in society and is a prolific author, whose books include philosophy, ethics, biography, history, drama and essays. He has been a regular contributor to The Times, The Observer, The Economist, Literary Review and New Statesman, and is a frequent and popular contributor to radio and television programmes. He has published numerous books on philosophy including: The Challenge of Things, The Meaning of Things,  The Good Book and The God Argument. 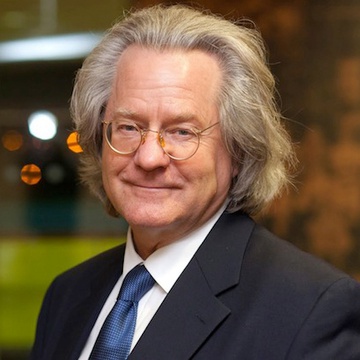